The pain from the slashes melted away and whole body felt light. Although my head was exploding with anger, but I was surprisingly calm. I turned back and cut off the neck of the long swordsman.

As the man screamed, <<Foresight>> warned me of an attack was coming at my back and I strongly kicked against the ground and jump at the same time.  While confirming that the sword was still swinging towards the spot where I was at and let the tachi drop down as it is. When the one handed swordsman became aware of me, he looked up and opened his mouth in surprise . I thrust the sword into his mouth and push it all the way to back of his throat. The man’s eye became wide open due to pain and vanished as grains of light.

An ax swung down from above at the same time I landed on the ground. It’s quick. I held the sword above my head to stop the ax and repelled it back with all my strength. Then I rearranged my stance and moved back a step.

Kakehi was the one who swung the ax . He clenched his teeth and glared me with eyes wide open like a madman.
“Fuooooooooooooo!!!!”

He screamed like a beast and thrusted himself while swinging his axe. Kakehi’s action looked confusing at first glance but the ax has high offensive power. I can’t approach carelessly if it’s being swung randomly like that so I stopped and activated <<Break Slash>>. I focused my eyes on Kakehi’s Axes movements and at right moment struck with the tachi with full power. Tachi sinks into the ax and crushes it into pieces. Kakehi whose weapon was destroyed did not stop while grimacing and approached vigorously.

I swung down my tachi. Kakehi was torn in half, became grains of light and disappeared.

Smart uttered angry voices after Kakehi was murdered while swinging the blade of the sword with blue lighting. It seems that he activated some kind of skill. At the same time an attack was launched from Kedamaku also. They were simultaneous attack.

Just before the attack from both the directions hit me, I moved one step to the right and dodged. I found a opening and swung my tachi down from the sky towards the two bodies.
I could feel Smart’s stomach tearing up and the sensation of hitting something hard. It seems that Kedamaku immediately stopped the attack with shield. Though It did not kill him but he was still blown off towards body of his friend.

He seemed pained while coughing, with his companion lying under him, and licked his lips when he saw me . He made a smile like he had some kind of trump card and took out a rope out of item box. Warp Rope.

While saying so, he used a warp rope. His body is wrapped in green light. Running away? I kicked the ground with a low posture and jump to the spot where he was. Warp hasn’t finished yet. I swung the tachi while aim at his neck. Kedamaku pushed out his shield, so I will cut the shield along with his neck . The blade got stuck in the shield ——- a sheet of water surfaced.

“That bastard, he ran away!”

Looking at the place from where the two of them disappeared, Kokuu clicked his tongue without hiding his irritation and scowled at me while shouldering the spear on his back.

“It’s almost impossible for him to leave him with this HP! To be able to survive so long! I’ll kill him! You all, get back!”

There were about five of his companions remaining. Five of them nodded to Kokku’s word and fell back as to not to become hinderance. They could run away but I absolutely won’t allow them to escape. I will kill Kokuu and others in single sweep.

“You killed a lot people! Well, didn’t you level up?”

Kokuu said with an unpleasant smile. Are you trying to shake me? Unfortunately I have no hesitation to kill you.

“Oh, I’m luckly to be able to level up just by killing small fish like you”

Kokuu who was smiling, twitched.

Kokuu’s body was wrapped in bule light and left a blue trail like a comet. <<Comet Impact>>?. Trying to finish in one move? Interesting.

I will also end this in one move. Diffrent from usual, tachi was overflowing somewhat dark and omnious light. A thick stagnant dark-silver light covers my whole body. The dark-silvery light clashes with Kokuu’s blue light and scatter sparks. <<Comet Impact>> is a skill that pierces opponet with heavy blow. Contrary to this, my skill consisted of consecutive slashes. Although I’m at a disadvantage, I don’t mind such thing. The tip of the spear and blade collide due to which I lose momentum and step back. Kokuu plunges in as much as he can. Without minding, he continues thrusting.

It happened thrice, black-silvery light ripped apart the blue light. Kokuu’s right hand, which held the spear, slashed and I swung the tachi from his left shoulder to his right flank. Kokuu’s dropped his spear and was blown away by the slash’s momentum. He flung against the ground and cried in acute pain. 40% of Kokuu’s HP is still left. I restrain the right hand of Kokuu who’s writhing in pain on the ground and stab the tachi into his right foot.

“Guhh —gaah”
“Shut up”
He tried to scream so I stepped on his face and shut him up. I question him while stepping on his face.

“You said that you belong to <<Bloody Eyes>> a while ago. Tell me all about it.”

Since he wouldn’t be able to speak while stepping on him, so I kick aside the spear, step off and pull out the tachi from his foot stick it to his neck. If you do something unnecessary then I will kill you immediately.

When I noticed, I was hugged by Rin from behind. Three men before my eyes had cuts all over their body and would die anytime soon. I thought there were two more people but apparently  they were already dead. The three men were crying and begging for mercy by throwing away their weapons. Even after murdering Ryuu, they were still begging for their life.

Author Notes : With this Party Volume is over. Next is Event Volume.

It just occurred to me that dead people don’t leave bodies in this game. So the MC can’t raise a cenotaph made of skulls in Ryuu’s honor. Too bad…?

Who cook’s a cat? 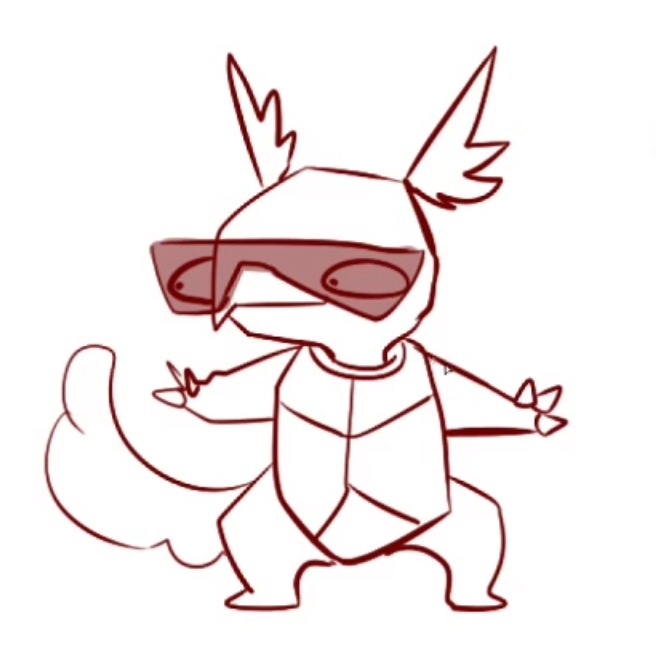 This website uses cookies to improve your experience while you navigate through the website. Out of these, the cookies that are categorized as necessary are stored on your browser as they are essential for the working of basic functionalities of the website. We also use third-party cookies that help us analyze and understand how you use this website. These cookies will be stored in your browser only with your consent. You also have the option to opt-out of these cookies. But opting out of some of these cookies may affect your browsing experience.
Necessary Always Enabled
Necessary cookies are absolutely essential for the website to function properly. This category only includes cookies that ensures basic functionalities and security features of the website. These cookies do not store any personal information.
Non-necessary
Any cookies that may not be particularly necessary for the website to function and is used specifically to collect user personal data via analytics, ads, other embedded contents are termed as non-necessary cookies. It is mandatory to procure user consent prior to running these cookies on your website.
SAVE & ACCEPT
wpDiscuz
7
0
Would love your thoughts, please comment.x
()
x
| Reply