WuWang It’s Impossible that My Evil Overlord is So Cute 9 Comments 1,603 Views

Keikain Haruka covered her head with one hand and stared at the enemy. Since her spells and shikigami could do no use, then “taijutsu”[1] had become her only choice. She threw her spell book at the dark fog and drew out a few wet talismans, pasting them on her shoes and fists.

The spell book was just a hardcover book without a casting spell on it. Naturally, the dark fog parted away for it easily. Seizing this opportunity, Keikain Haruka had been prepared. The talismans increased her speed so that she could jump into the air and fly towards the dark fog at a high speed.

She tramped down the ground under her right foot and stuck her foot in it, and her whole body was leaning forwards due to inertia. Her fist mercilessly punched on the dark fog’s face, blowing it away in the air.

“Very good. My fist did hit something.”

Keikain Haruka was afraid that the dark fog wouldn’t have a real body. Her talismans could cause some damages, but it would be better if her taijutsu could harm it too.

She didn’t let the enemy have any time to recover itself. On the contrary, she drew her right foot out from the crushed ground and ran towards the dark fog at full speed. Her fists punched at the dark fog’s body at a high frequency, hitting it as if it was just a sandbag.

However, Keikain Haruka knew that she didn’t have the upper hand. The dark fog still left some leeway.

However, Keikain Haruka was still an eighteen-year-old girl. If she couldn’t finish the combat quickly, her physical strength would be exhausted before long and the enemy would be able to catch the chance to seriously harm her.

Keikain Haruka wouldn’t sit passively for her end. Her taijutsu had let her understand her enemy’s body structure. It was like a big centipede that was five metres long, had a hard shell and…

The girl quickly stepped back to dodge the dark fog’s tail attack. She took three steps back, barely escaping from its attack. After that, she knelt down on one knee and spat blood.

Perhaps the dark fog wasn’t for covering the enemy’s true face but simply its poison gas to deal with close combat. Because it didn’t have four limbs, close combat was its disadvantage.

Keikain Haruka had guessed out its true identity. It was a member of “Night Parade of One Hundred Demons”, it was a yokai called “oomukade”, a demon that looked like a giant centipede.

It was said that the biggest oomukade could even covered a mountain with its body. In Japanese mythology, oomukade was tsuchigumo’s familiar, and it also had a great spell defence ability like the tsuchigumo[2]. In addition to its poison gas and hard shell, it was a really tough enemy for Keikain Haruka.

“No problem. I can keep fighting!”

Keikain Haruka tremblingly stood up and smiled, “Run, Miyama Senpai… After you leave, I have a way to escape.”

She was lying. Due to her past experience, Miyama Chihaya was sensitive to lies. She had noticed it. Probably Keikain Haruka, the girl who was even a year younger than her, had prepared to fight to her death.

“Why? Why do you have to go this far for me?” Chihaya didn’t understand.

Keikain Haruka didn’t answer her. She silently drew out a string of buddha beads and wrapped it around her hand.

“The peerless beauty that was extolled as both a tennyo and an oni, the favorite daughter of the Demon Lord of the Fourth Heaven, listen to my words. I have four souls, Naohi, Aramitama, Nigimitama, Kushimitama. Follow the oratio of Amaterasu-ōmikami, I offer up my four souls. Therefore, I summon you, come to the world as the shining myōjin. Your name is: Suzuka Gozen!”

As the girl chanted, three golden beads on the string of buddha beads turned into glassy beads. The golden lights which were inside them flew into the air and formed three light swords in the front of the girl.

The girl’s black hair also turned to snow white, and her eyes had become hollow, as if her consciousness had vanished. This was Keikain Haruka’s last secret skill: God Descending. She sacrificed her four souls to summon the god “Suzuka Gozen”.

At this moment, while the god was going to descend, a black sword-shaped crack suddenly appeared and cut through the oomukade’s body.

It wasn’t something like a sword skill, but a phenomenon of spatial fracturing. For some reason, at the moment the sword-shape appeared, the god “Suzuka Gozen” suddenly gave up on seizing Keikain Haruka’s body and immediately disappeared, as if it was a mouse who had just seen a cat.

Keikain Haruka toppled down to the ground, gazing at the oomukade in amazement. Because the black sword-shaped crack had cracked space, the spatiotemporal turbulence confined the oomukade in the air. It couldn’t even move any of its tentacles.

The next moment, a man’s voice came from the black, sword-shaped crack.

“Oh, no! I feel that I had cut into something. Moli, is the space coordinate you gave me right?”

[1] Taijutsu (体術, literally “body technique” or “body skill”) is a Japanese blanket term for any combat skill, technique or system of martial art using body movements that are described as an empty-hand combat skill or system.

[2] Tsuchigumo (土蜘蛛), literally translated “dirt/earth spider”, is a historical Japanese derogatory term for renegade local clans, and also the name for a race of spider-like yōkai in Japanese folklore. 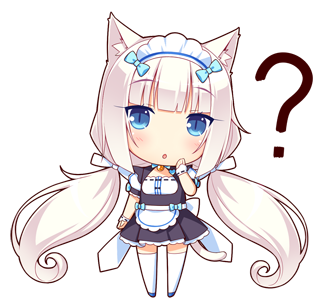 finally a new chapter… thanks

Dang it after long hiatus, the new chapter suddenly appears lol. Thank you!

Thanks for the chapter dude