The only notable creatures in the forests were the three-metre-long frigatebirds as monsters had yet to appear in the newly grown forest. Unlike the forests on the main continent, the crusaders did not have to look out for sneak attacks from lesser monsters such as gnomes, goblins and gnolls. They only had to search for suitable places for resting from time to time, but that did not mean it was an easy hike either; they travelled slowly as the terrain was extremely rough and the ash was giving them problems. They often found themselves stuck in knee-deep ash, and some unlucky ones even fell into large pits of ash which almost drowned them. The thick, entangling branches and vines also blocked their path, and the paladins had no choice but to use their magic weapons to cut those apart. They were rather frustrated for the fact that they were using valuable magic weapons to clear weed.

But the most troublesome thing was the heavy rain. Rainstorms were all over the place, and the island was soaking from the downpour of rain most of the time. The humidity was extremely high, thus it felt extremely hot and suffocating even though it was only around 25 degrees Celsius. The Druids would probably explode in delight if they found the island with such dense vegetation, but the crusaders were so pissed that they were almost about to renounce their teachings and curse the gods. It was really hard for them to camp in the forest as it took half a day just to clear out an area for the tents. They then had to set up the tents and flatten the ground under the rain, and it almost took them an entire day before it was all set. They might as well stay behind if they had to go over something so troublesome every time they decided to rest for the night. Luckily, there was this thing called ‘magic’. The Lathander priests had a divine spell which allowed them construct a little hut with magic and they also had a magic tool which could deploy Leomund’s Tiny Hut once a day. It was an expensive crystal globe, but the effects were worth the price as it could deploy the hut for up to eight hours per day. With this, the problem of camping was resolved, albeit a bit pricey as the priests had to recharge the globe with two divine spells of equivalent level. The task was left for the priests whose abilities were not suited for forest exploration.

Even so, their hiking speed was still very slow. As there were no animals in the forest, the crusaders had to rely on Create Food and Water after consuming all their food supplies. They were way behind schedule at this point and it might take them one more month just to get close to the volcano, not to mention the additional time needed to search for the Crimson Dragon. Perhaps a blessing from Lathander, the completely soaked crusaders continued to press onwards with a cheery mood. It got hotter and hotter as they closed in on the volcano, and it was almost like a tropical rainforest by the time they reached the outskirts of the volcano. With constant rain and temperature of over 35 degrees Celsius, the place was almost like hell filled with plants, puddles and fallen leaves. Apart from some insects, there were no signs of animals. The problem was that the insects were no ordinary ones — bumblebees were as large as their heads, while spiders and scorpions were almost as long as a whole person. Although these bugs were no challenge for the crusaders, the accumulating fatigue from fighting wave after wave was still worrying.

Making their way past the obstacles with difficulty, the invaders finally managed to reach a certain height where the air became dry all of a sudden. The green forest was replaced by rocks covered in red moss which gave off a faint tint of glow and heat, defying all common sense. The temperature in the region was no less than 40 degrees Celsius due to the moss. Even though it was rather hot for humans, the crusaders still cheered as they realized that rain could barely reach their location — their clothes would finally be dry for the first time throughout their entire journey.

While the crusaders were climbing the volcano from the south, adventurers in groups of five or six were doing the same on the northern slope. As the volcano was rather tall and wide, most of them did not know the locations of the other squads. In fact, several squads of adventurers were still treading through the forest behind the crusaders, but they were a rather unfortunate bunch as their equipment were all worn out already.

Claudius did not notice the invaders who were about to pay him a visit, thus it was only natural that he did not notice the people who were admiring the rainbow waterfall from down below either. At this point, the largest threat for the climbers was lava. It was really tricky. The surface of the rocks may have looked solid and black despite the flowing lava beneath, but it would be the end for those who stepped on these ‘traps’ and did not have Fire Immunity charms on them. As the dry and scorching air was over 50 degrees Celsius, a normal adventurer would most likely die from fatigue if they ever reached this place. However, this was nothing for the priests and paladins who were blessed by the gods. At least compared to dungeons and ravines filled with negative energy, this place was less tolling on their bodies.

The believers of Malar also made it through the forest. As their god was a beast, they could adapt to life in the forest, thus the hunters were in better condition than the crusader. The insects also did not pose a threat for the hunters as they slew the creatures with ease. In fact, the sea monsters they fought on the ship were more troublesome as Anbo was commanding the sea monsters to attack the Malar believers relentlessly — it was a pleasure for her to see the followers of Malar suffer from her army of monsters.

The slope of the volcano peak was almost 80 degrees and chunks of rock and magma often dropped down the slope, but that was not enough to stop the invaders in their tracks. They tried to search for cracks in the volcano wall, but they decided to do it the good old way by entering through the top after searching for a while. Not that they could not find one, but it was extremely time consuming as fortune-telling spells and Find the Path did not seem to work. After another day of climbing, the crusaders finally reached the peak — they were the first to reach the peak, and the believers of Malar would probably need another day before they could catch up with the crusaders. As for other adventurers, they were so scattered that it was impossible to predict when they would arrive. Sulphurous air shrouded the priests and paladins, and through the sparse white mist they saw a lake filled with boiling magma. There were absolutely no signs of the Crimson Dragon, or rather, it was hard to distinguish between magma and dragon through the smoke.

“We must make our way down there,” the crusaders all expressed their opinions and came to such conclusion.

The way down was relatively simple as the lava had cooled down and turned into rocks, almost like a staircase which spiralled downwards. The crusaders had to pay attention to the pieces of molten rock which occasionally popped out from the magma lake during their walk; even with all the buffs and enchantments, they would still die right away if hit. After applying True Strike to themselves, the crusaders carefully went down the staircase while dodging the flying balls of magma and finally reached the bottom. They looked around only to find themselves standing on a hundred-square-metre large layer of rock which seemed to be cooled lava.

“We went the wrong way……This is not the lair of the Crimson Dragon,” The youngest paladin squinted his eyes as noticed the barely visible path near the magma lake in the distance, “The Crimson Dragon is most likely on the other side.”

Back with another chapter. Nothing much this time, enjoy!

That ending. Man. These guys are just so unlucky.

I also can’t understand why they proceed with the mission even after Claudius woke up and make their demises (the Boss-water-monsters) disappear. Because on that moment they should have realised they were reeeally weaker than Claudius….

I don’t think they ever saw him, the 4 big sea beasts only sensed him(except two who ran like hell) and ran away.

The two he saw were a frog and a crab(?) he tried to get to frog but it grossed him out long enough to get away, while the crab had already started to run away and but barely(seemingly) got down to the deeper parts of the water and got away.

a suitable ending for fools

Luck is a funny factor and authors love it too much, stretch it out too much

He really forces too much…

They are standing on the Claud most likely…. he is growing rater big…

Question to the translator.
Can Anbo also be interpreted as Umberlee?
Seeing that everything else is from the a part of the Forgotten Realms setting of D&D and that is the only sea deity of this specific part.
Another point is that there is no Anbo as one of the four gods collectively known as the gods of fury. Those are Auril, Malar, Talos & Umberlee.

SaltyTank
Reply to  Who cares

Yea, it’s Umberlee but I only realized it recently so might as well keep using ‘Anbo’ to prevent readers from getting confused. Might change it in the future, but I don’t really feel that it is a really necessary. I’ll have a chat with the editor and see.

Thanks for the chapter!! =D

Thanks kindly for the chapter! 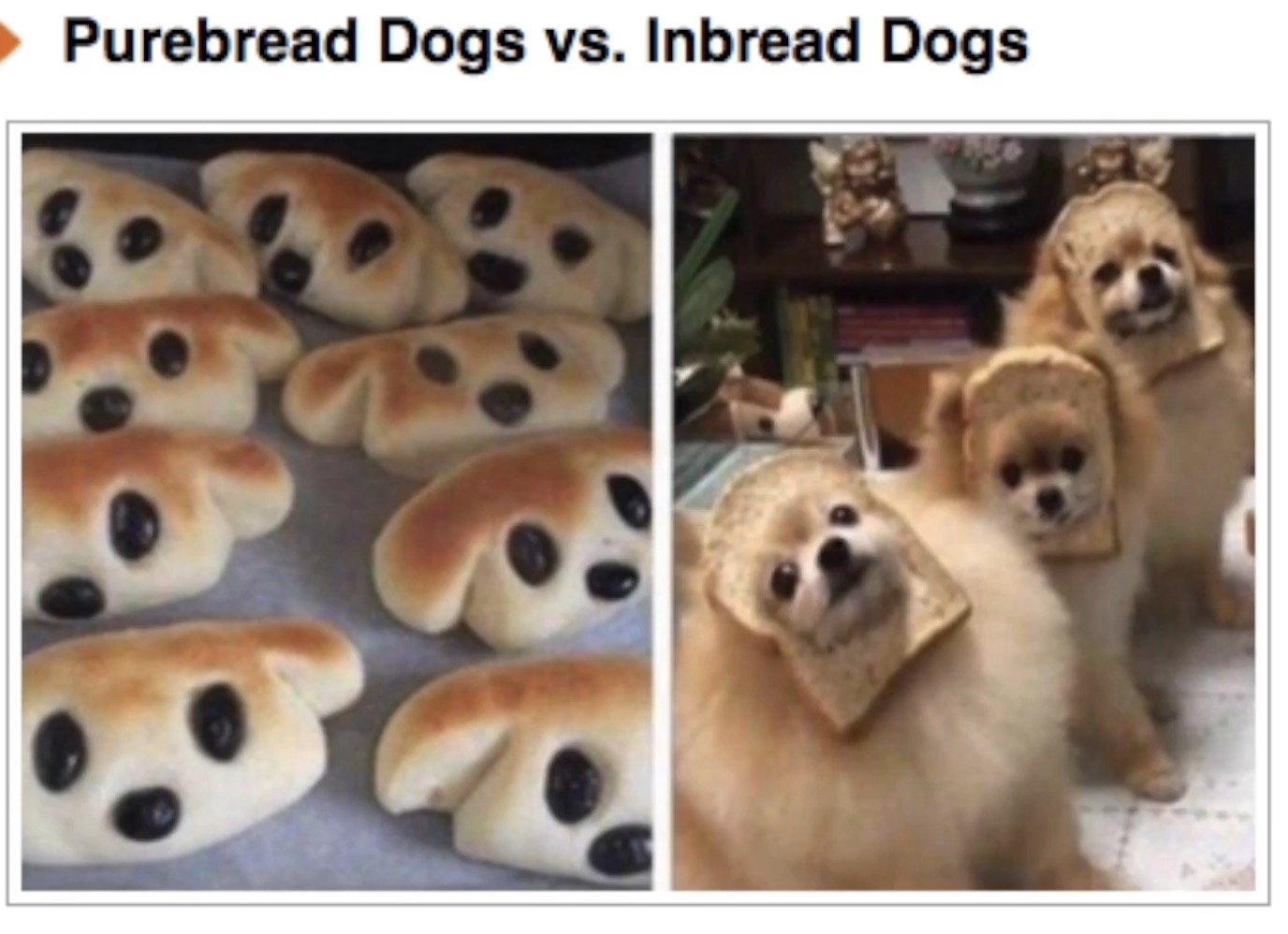 They ARE SO F****D watch them all fall under

In case someone was wondering, the chapter scheduled for yesterday will be posted along with tomorrow’s chapter due to some miscommunication. Sorry :3