Hello readers of “The Crimson Dragon”. Due to certain circumstances, we will have a very exciting piece of news to announce soon. However, that means that we will temporarily be stopping all regular schedules and just publishing the sponsored queue. This means there will be 6 chapters (ch 57-62) left till the piece of news. Thanks for reading and we will see you all very very soon!

As a matter of fact, the believers of Malar were mostly demi-humans instead of humans. Species such as ogres, gnolls, beastmen, werewolves and weretigers often worshipped Malar while humans had a wide range of faiths. The leader of the hunting party this time was a werewolf disguised as human by using a transformation necklace filled with divine power from Malar. Along with a few human rangers, the hunters hid within the sulphurous steam as they observed the interaction between the Crimson Dragon and the crusaders. Contrary to their expectations, the crusaders left after conversing with the dragon for a while. This was abnormal, considering that Crimson Dragons were the symbol of evil while crusaders represented good. The hunters could only feel annoyed as they continue to observe the weird-looking Crimson Dragon which probably also had a twisted mind as typical Crimson Dragons would have attacked the crusaders at first sight. Their splendid plan was now ruined — they were going to kill both parties with a surprise attack during their intense fight. It would certainly please their god by offering not only a Crimson Dragon, but also the crusaders which Malar hated so much. Well, they now had no choice but to settle with only offering the dragon.

After identifying the source of the smell, Claudius began stretching his body. The Flame Myceloids were trying to protect their master from the crusaders during their conversation by waving their arms and making fierce looks, but now that they were gone, the shy mushroom people immediately fled back into the crack in the wall. Claudius dunked his upper body into the magma moat, poking his head out of the moat after a short while. Magma dripped down his head as he dunked his snout back into the river.

It was a volcanic eruption at an unprecedented scale. The crusaders who had just exited the volcanic crater and were currently climbing down the volcano all dropped to the ground due to the sudden shaking. The experienced priests immediately deployed dome-shaped barriers to cover their comrades while everyone firmly held onto the rope in their hands. Storms of flaming rocks, bubbles of lava and boiling hot ash rained down from the sky, assaulting the barriers which somehow managed to hold up. The eruption was so intense that it seemed as if the entire magma chamber was emptied by an explosion which blew up the bottom of the volcano. The trees did not stand a chance against the earthquake and collapsed — even the four rocky mountains surrounding the volcano began to grumble and collapse.

The believers of Malar only had a second to growl before turning into ash. Meanwhile, Claudius was bathing in the gushing torrent of magma, enjoying the gushing force which was as comfortable as a massage. The intense eruption occurred without any signs, but it also ended rather quickly. During the sudden volcanic eruption, Claudius, for some reason, learnt how to cause volcanic eruptions with the ample supply of fire elements surrounding his body. Crimson Dragons, especially aged ones, had a large influence on their surroundings — some Crimson Dragons which managed to live till the stage of Wyrm even turned their graves into an eternal sea of flames.

After the volcanic eruption ended, Claudius realized that he had to temporarily leave the place as the platform he was staying on was crushed. Before the upper layers of magma could cool down to form rocks inside the volcano, he had to live somewhere else.

“Eh? What’s this?” Claudius was about to fly away when he noticed a magical glow inside a crack on the wall. The source of the glow was a necklace. Using his claws, he picked up the necklace and inspected the accessory which was most likely a magic tool. He also saw his little mushroom army vigorously waving at him from another crack — just like their master, they were also immune to fire, thus it was only natural that they too survived the eruption.

Claudius now stood in the sooty ruins which had been a forest not long ago, inspecting the necklace hung on his claws. With his inborn appraising skill, Claudius could even roughly guess the type of spell or magic applied on a magic tool as he was top tier creature.

Claudius scratched his head while pondering on what to do. Dragons, especially True Dragons, were all mages the moment they were born. Although most of them relied on awakening to spells through ‘growths’ instead of actually studying magic, they still had the ability to distinguish spells as the knowledge was passed down through the Inheritance Ceremony. As mentioned above, Claudius could only roughly guess the spell type on a magic tool with his innate appraising skill. The reason he could clearly identify the spell was due to the fact that all dragons had the ability to distinguish spells using knowledge from their ancestors.

The magic tool in Claudius’ claws was indeed a permanent transformation necklace. As it was created with Malar’s divine powers, it could also be treated as a ‘divine tool’ which was of higher quality than typical magic tools.

The Skin of Malar: Automatically adjusts its size to fit the equipped creature. Grants the ability to transform into three types of beasts or two types of humanoids. The user will lose the ability to cast a Level 4 magic or divine spell when transformation is active. If the user does not have Level 4 spells, three Level 3 spells would be deactivated instead, and so on. Note: only usable by believers of Malar.

Claudius was about to crush the necklace in rage. “What the hell! So you’re telling me I can’t use this shit at all just because I don’t worship some shitty god? Yeah, f*ck you Malar, f*ck you and your ancestors!”

Claudius relentlessly lashed out against the god without caring that Malar could hear it if he spoke out his name. It was not his first time doing so, and the case with Umberlee certainly did not teach him a lesson. As always, he was a carefree yet rather arrogant dragon and nothing could be done about that. Anyways, he thought that smashing the necklace was a bit wasteful, thus he decided to keep it for now.

“Eh, might as well keep it and see if someone could alter this thing for me. Maybe those crusaders could help me out? I guess I can guarantee their temples’ safety if they do that,” he muttered before digging up a hole, preparing to sleep once again.

Just as Claudius lay down on the ground, sounds of digging could be heard and a Myceloid suddenly poked its head out of a hole from the volcano wall.

“Quite the competent bunch, aren’t they?” Claudius sighed in relief as he passed the necklace to the tiny mushroom, “Take care of this for me while I sleep, okay? Make sure no one steals it.”

Ignoring the Myceloid’s stunned look, the Crimson Dragon plopped back down and fell asleep straight away. The volcano slightly shook as his heavy body slammed onto the ground, causing chunks of rocks to fall down and cover the cave along with a magma ‘waterfall’. Thankfully, Claudius’ tail still left a metre-wide hole for ventilation.

The Flame Myceloids did not stop working while Claudius was asleep. With their considerable strength and semi-metallic bodies, they were quite good at excavating. The metallic mushrooms began to dig a tunnel which connected the new ‘lair’ to the insides of the volcanic crater. Now that Claudius was ‘hibernating’ in a different location, both the crusaders who set up a teleportation point before leaving and the raging believers of Malar lost track of the Crimson Dragon. Umberlee’s four sea monsters were still staying in the four surrounding mountains though, keeping each other in check. The climate of the volcanic island also prevented them from proceeding further.

The Myceloids’ planting regime worked out superbly. The mushroom cultivation farm in the volcano was now filled with flame mushrooms after magma flowed into the crack, illuminating the place while providing heat. It also increased the number of Myceloids to over 100, and they now had enough manpower to conduct all sorts of construction work.

what are the odds that the mushroom accidentally manages to get the amulet to work ? 😛

80% I bet my virginity the mushroom people could do it

Betting somthing you don’t even want isn’t much of a bet! Lol.

i bet all my student debt that it is still a bet.

Thanks for the chapter 😀

Hey wait up, wasn’t it Anbo who deployed those sea monsters as well as being the one who was insulted by Claudius? Who the hell is Umberlee?

definitely should be Anbo don’t remember any mention of Umberlee before this chapter, the translation for the name may have somehow became different or a typo

different name for the same goddess. it made more sense for the translator… He wrote about it a couple chapters back in his notes…

Sorry, I forgot to add a note in the beginning. Anbo was a mistranslation from the start, so I’ve decided to use the original name from D&D.

Won’t be surpised if Claudius gets a whole league of chaotic/crazy/evil gods as his enemies at the rate he is insulting them, counting 3 right now, no idea about the good gods though; thanks for the chapter

Thanks kindly for all the hard work!

Mushroom people are good people! i want some for myself

Loyal too. I probably treated them generously well.

by wanting some. your going to eat those cute things? how cruel 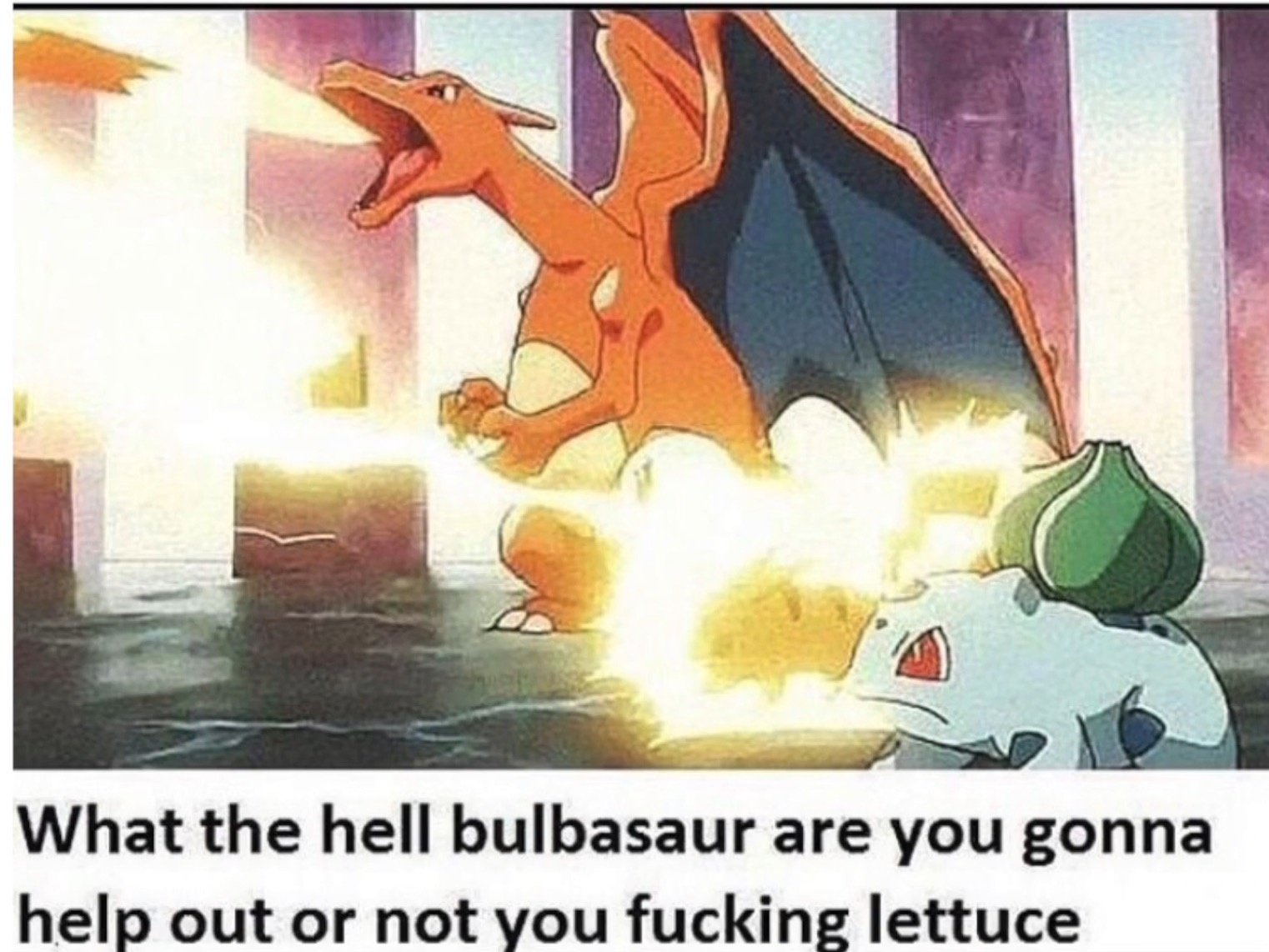 Thank you for the chapter