There will be an announcement on Wednesday/Thursday, but other than that, enjoy the chapter~

The Crimson Dragon trailed ash and flames as he dove straight into the sea. A cloud of white steam instantly rose from the sea as the lava on Claudius’ body cooled down and solidified into rocks. As he shook his body, the rocks fell off his scales and sunk, revealing the 40-meter-long crimson body. His size was record-breaking for adult dragons; it was already on the level of a dragon that had reached the stage of Wyrm. Claudius’ chin and horns were now glowing with a metallic shine, the former in glossy black while the latter in a chrome red.

Claudius jumped back onto the shore after having a quick bath. The two columns of saliva flowing from the corners of his jaws and his skinny body clearly showed that he was starving. Claudius was craving meat, but hunting for fish was both tiring time consuming, thus he decided to kill the four huge sea monsters nearby.

The thought of satisfying his appetite was the only thing in his mind right now.

“A crab, a fishman, an octopus and a toad, huh. I’ll spare the crab since it’s troublesome to remove the shell. Let’s see who’s the unlucky one, HAHAHAHAHAHA!”

The sea turned calm as all the sea monsters ran and hid as soon as they sensed the terrifying aura. Claudius roared as he soared through the sky while releasing his dragon aura. Flapping his 45-meter-long wings, Claudius overlooked the sea as he searched for his targets.

It only took awhile for him to find the four humongous sea monsters; they were all hiding in the sea.

“Hoh, you guys have grown up quite well. Great, more meat!”

It was no wonder that the originally huge monsters grew even larger. With the ample supply of fish and monsters in the nearby seas, they could eat as much as they wanted. Anyway, they were all hiding hundreds of meters below the sea surface, concealing themselves in caves or pile of rocks. If not for Claudius’ innate ability, Eye of Truth, he would not have found the four hiding monsters.

After pondering for a while, Claudius decided to attack the Giant Octopus as it was hiding in the shallowest location out of the four. The terrain was complicated and dangerous, but it was only slightly over a hundred metres deep. The Giant Octopus hid in a small seam in the rocks, utilizing its physical properties as an octopus, but Claudius was planning to drag it out and kill it in one bite.

Sleeping for decades seemed to be a waste of time, but that was certainly not the case for dragons — Claudius had learnt a new spell during his sleep. Normally, the spells learnt during hibernation were weak or useless, but what Claudius learnt was Wall of Force. The wall created was so weak that a farmer could probably break the invisible wall with a hoe, but the spell was also useful under certain circumstances.

Claudius created a large cuboid with his new spell around the Giant Octopus and spewed flames into the enclosed region. The flames were a lot stronger and hotter than before, and it did not take long before the sea water evaporated. Without evaporating all the water in the cuboid, Claudius held the rock which the Giant Octopus was hiding under in his claws and snapped it into two.

It had been a while since Claudius last looked at his own attributes, thus he did not know that his Strength, Dexterity and Constitution were higher than any other adult dragon. It was a pity that his Intelligence, Wisdom and Charisma were below average though. Viewing the six attributes as a whole, he was no different from a typical Crimson Dragon of his age.

With his attribute inclining towards the physical side, moving and splitting a rock was as easy as pie. The Giant Octopus responded by spewing black ink and tried to escape from the seam, but it was already too late. If the goddess did not restrict their actions with her powers, the four giant monsters would have fled long ago to hide. In terms of battle prowess, the four monsters could definitely put up a good fight against an adult Crimson Dragon, and their chances of winning would rise exponentially if they fought in water. Who would have thought that a Crimson Dragon would willingly dive into the sea and fight a sea monster?

Claudius sunk his claws into the Giant Octopus’ slimy body and forcibly dragged it out of the sea. Huge waves spread towards all directions as the octopus struggled, but it was futile. It swung its tentacles frenziedly, smashing rocks into smithereens while creating a mini earthquake — but it was also futile. The Giant Octopus was being bitten as it continued its desperate attempt to flee; it would have been long dead if not for its outstanding vitality.

Claudius could no longer wait — he was already eating parts of the Giant Octopus’ body even before he had delivered the killing blow. Upon reaching land, Claudius pinned the octopus down with his hind legs as he repeatedly bit the octopus like a mad man while ignoring the slashing tentacles and magic casted by his victim.

“Eh, this magic is……? Perhaps this fella has the blood of the Great Mother flowing in its squishy body?” After several bites, Claudius finally had the leisure to care about the magic spells casted by the octopus.

“Ray of Enfeeblement and Ray of Frost! Holy shit!”

Claudius body shuddered as he was hit by the spells. A tiny section on his body was frozen, but that was it — the spell could not penetrate his Magic Resistance.

“Even Disintegrate?! Just how strong is this thing, shooting twelve shots of Disintegrate consecutively?”

All was lost for the Giant Octopus — Claudius snapped its head off with a single bite. Right before losing its consciousness for all eternity, the octopus retaliated in the only way it could think of. After breathing its last breath, the corpse began to decompose rapidly. It was revenge — the corpse gave off an intense smell resembling rotten fish immediately. Even though Claudius was hungry, he had no choice but to give up the idea of eating the rest of the octopus. Even for dragons, who could even breathe in toxic gas and eat heavy metals, the smell was still unbearable. Claudius immediately fled the area as he felt that he would puke by staying any longer.

Claudius was still hungry. His empty stomach was screaming for protein and fat, and he also needed food to restore his physique. Fighting the other three huge sea monsters would be tough as he was still bad at magic and could only rely on physical strength, but there was another option now. Claudius could now slowly hunt the schools of fish as his hunger was temporarily satiated after devouring part of the Giant Octopus.

wake up eat done
Thanks For The Chapter

I wonder if the author was joking about the farmer being able to break a wall of force with a hoe. Seeing that the spell is has the nasty habit of being immune to physical damage (and most spell). Granted those disintegrates that the sashimi was tossing around would do the trick. 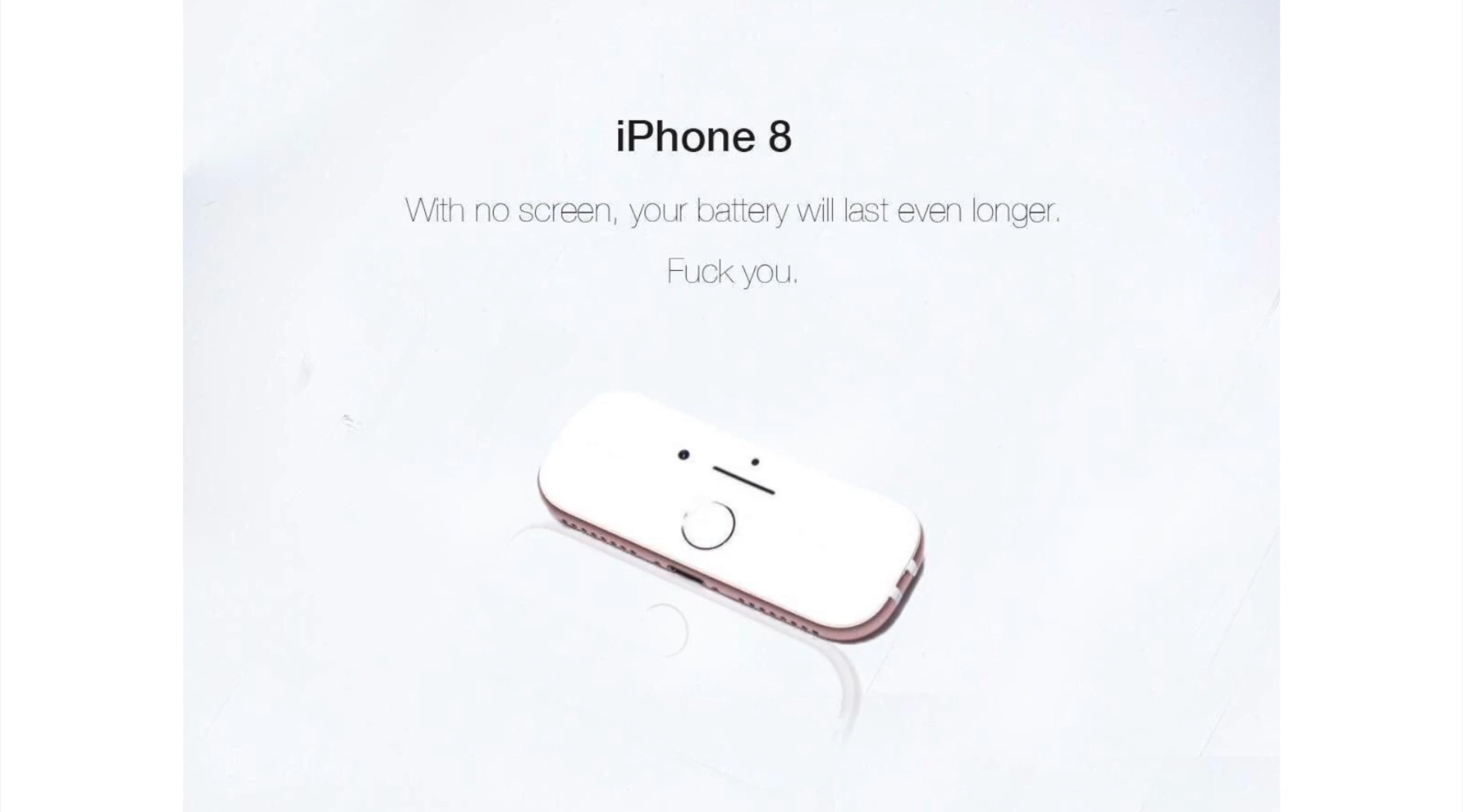 Claudius finally learns the truth that tako sashimi is truly delectable, but doesn’t completely fill one up.

Thanks kindly for the chapter!

Its about time for another chapter right? right?! I need my Dragon LN fix, man! D:<

When is next chapter going to come T~T because I am going to die…….T^T

Already 7 chapters in the queue, shouldn’t there be a new chapter right about now?

Yea. Maybe that thing just isn’t updated and there’s actually nothing in the queue…

read zenith announcement, one of novels dropped is Crimson Dragon

no new chapter is dropped , we should make a pickup request in NUF

Whens the next ch?

Powered by WordPress | Designed by TieLabs
© Copyright 2020, All Rights Reserved
This website uses cookies to improve your experience. We'll assume you're ok with this, but you can opt-out if you wish.Accept Reject Read More
Privacy & Cookies Policy
Necessary Always Enabled
wpDiscuz
17
0
Would love your thoughts, please comment.x
()
x
| Reply

The following text will be sent to our editors: